Google is a major tool to deal with our daily queries and help us get answers to almost each and everything possible. There are countless searches every day, that show people’s inquisitiveness but this is also a fact that many of us don’t know the exact words to type while searching for a query to get the appropriate results. 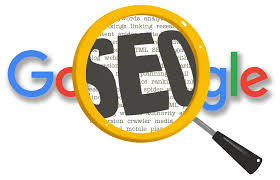 Actually, every human has a different way of expression and uses different dialects to communicate. But the computer is encoded with a particular language and hence understands the language in its limit. To help this situation, Google has come up with BERT Algorithm, a major technique to bring more relevant results.

BERT is a neural network-based system for natural language processing prior-training. In simple words, it is used in making search queries of Google more effective by differentiating the perspective of words typed in the search queries. Neural networks of algorithms are intended for prototype identification. It is commonly used for classification of picture content; recognize writing and even envisaging inclination in the fiscal market. Neural networks work to identify different patterns by getting trained in data sets.

There are many parts of a sentence that can make it mean in two different ways. For human beings, it is easy to understand but for search engines, it is not. BERT stands for Bidirectional Encoder Representations from Transformers is a technique designed to bring smart results while searching for information on Google and discern between such gradations to assist the user get appropriate results.

In November 2018, Google open-sourced this neural network-based technique BERT and made it freely available to let the users use BERT to instruct their personal language processing system. This system for natural language processing (NLP) pre-training helps people to train their own modern and progressive question answering arrangement.

BERT came into existence in October 2019 in Google’s search system for the queries in the English language, as well as attributed snippets. According to Google’s Danny Sullivan, Google is striving to spread out the BERT algorithm to all the major languages in which it is currently offering search but cannot assert the exact timeline so far. However, Google has started using the BERT model to advance the attributed snippets in more than 20 countries.

To make this advanced software work efficiently, Google also has brought new hardware to make the processing of BERT seamless and smooth. Google instead of using its traditional hardware, now is using the hardware Cloud TPUs to help the search queries bring the aptest results and information promptly.

BERT is a revolutionary model that has made finding valuable information easy and quick. Predominantly the searches where longer sentences are used for the query, with the help of this technique, the use of multiple prepositions is not misunderstood. In fact, the computer is able to comprehend the context of the words to let the users search in their own natural way.

There is an end number of updates on Google every year. But if you want the latest updates on SEO you can subscribe to our blog at Netstager. We are the best SEO Company in Kerala and will give you satisfactory information worth reading.